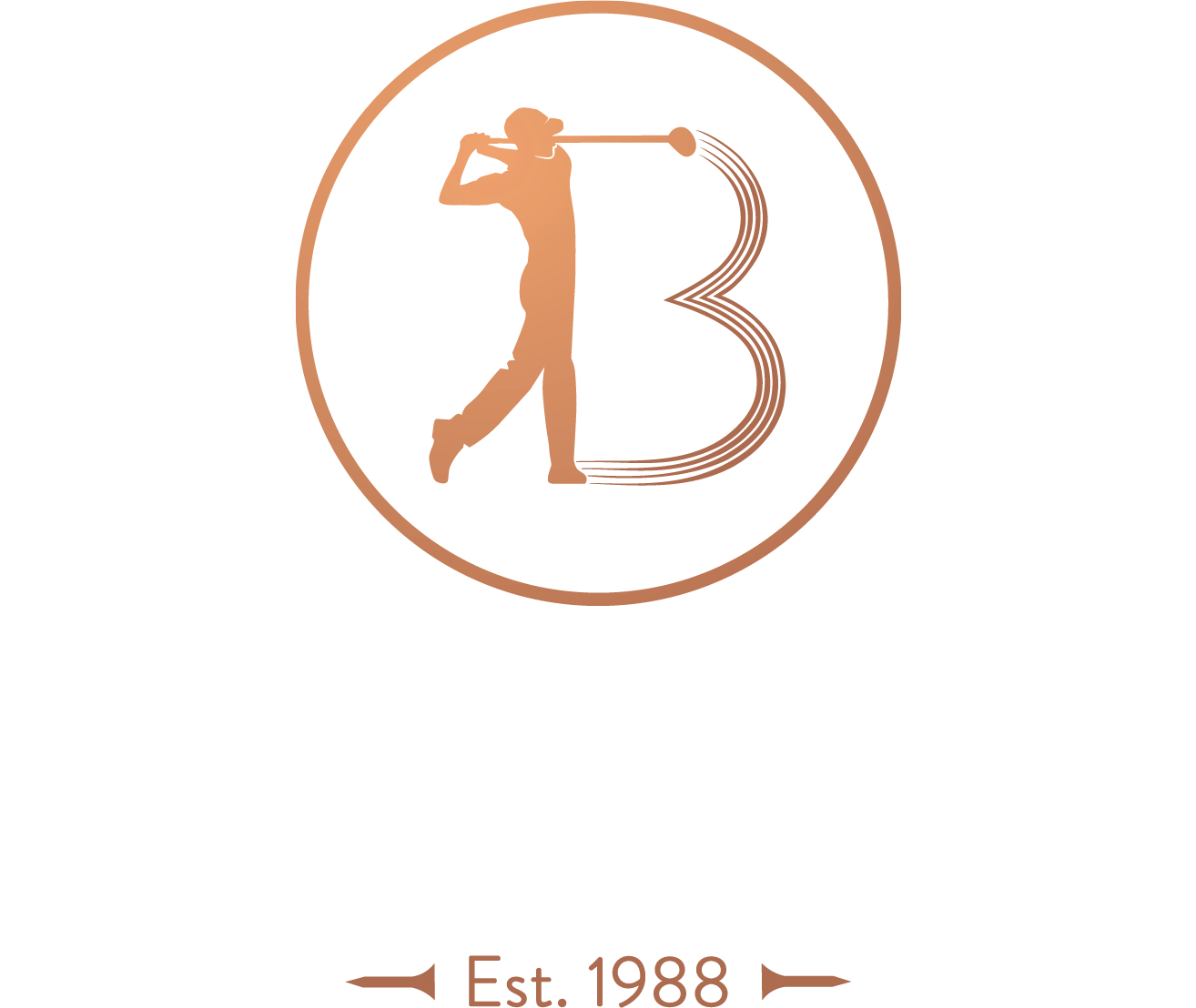 For more than 25 years the golf course was built on the land of the Château de la Bawette. Initially a nine-hole course was laid out on land and the early eighteen-hole course was in the wooded area surrounding the estate. The courses and the golf school were designed by Tom Mc Auley, the Irish architect.

Both courses were inaugurated on the 6th of June 1988.

A small farmhouse became a temporary club house. Managed by Dadi, whose couscous was famous!

The present clubhouse was designed by André Jacqmain, a famous Belgian architect, and was formally opened on the 14th of October 1989.

Many parties were organized in order to celebrate the 3rd, 5th and 7th anniversaries of the club with outstanding shows featuring the club members.

In September 2013, the Club celebrated its 25th anniversary with a 2-day competition and a memorable diner for 200 guests. Olivier Laurent was on stage before his show at l’Olympia in Paris.

In 2011, the site of the 9-hole course was sold to the city of Wavre. The ‘Le Parc’ course was re-designe

d and refurbished in order to offer the members a completely drained and renewed course.

The greenkeeper and his team work throughout the year to preserve the natural environment for the members and guests.

This website uses cookies to improve your experience while you navigate through the website. Out of these, the cookies that are categorized as necessary are stored on your browser as they are essential for the working of basic functionalities of the website. We also use third-party cookies that help us analyze and understand how you use this website. These cookies will be stored in your browser only with your consent. You also have the option to opt-out of these cookies. But opting out of some of these cookies may affect your browsing experience.
Necessary Always Enabled
Necessary cookies are absolutely essential for the website to function properly. This category only includes cookies that ensures basic functionalities and security features of the website. These cookies do not store any personal information.
Non-necessary
Any cookies that may not be particularly necessary for the website to function and is used specifically to collect user personal data via analytics, ads, other embedded contents are termed as non-necessary cookies. It is mandatory to procure user consent prior to running these cookies on your website.
SAVE & ACCEPT